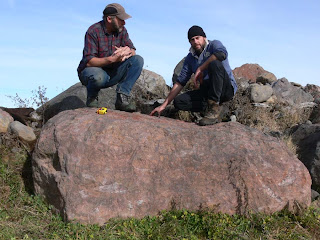 Kerry and Max on our find. 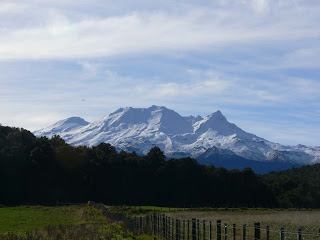 On the 5th June 2010 Kerry McDonnell, Max Cody and I Mikel Durel Browne ventured out onto a property close to Mount Ruapehu to hunt for a special rock. It is hard to say when this piece of andesite was formed. During a recent search on the internet I have discovered the Ruapehu was formed some 250,000 years ago. It seems that either way the final form of the rocks we had looked at had been shaped by glacial movement during the ice ages or constant movement down giant rivers. ???? Without expensive carbon dating on the rock in question we will never know. I will research further into this.